How to Put on Underwear 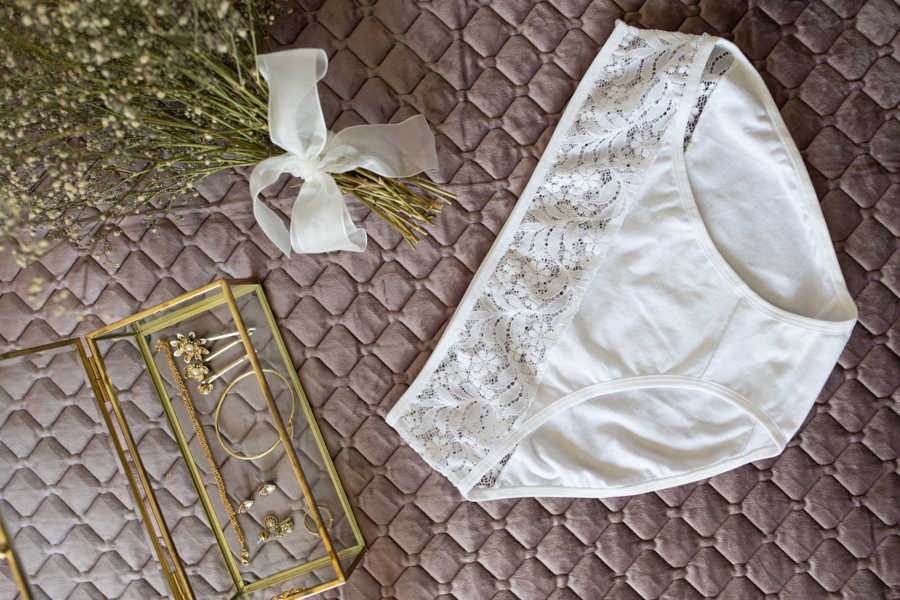 Do you wish you could get up later on a workday and still make it to work on time and perfectly dressed? Most of us have our morning routine down to a fine art but have you ever considered that your technique for putting on your everyday sexy Candis cotton and lace underwear may impact the time it takes to get ready?

When I analyse my morning routine to see if I can extend those precious minutes of sleep, I target the time I take in the shower, preparing and eating breakfast, and choosing what to wear. But I never considered that I could reduce the time it takes me to put on my nice panties.

Silvio Sabba, an Italian man, has made me think differently. As far as I was aware, there were three ways of putting on my ladies’ undies:

The Flamingo involves me attempting to put on my pretty underwear whilst standing up. I take my lace undies out of my draw, bend down, and put one leg in then the other leg. This often doesn’t go as smoothly as planned. It usually ends up with me toppling over and having to grab onto the bed or chest of draws to stop me from hitting my head on the floor. Another risk with this technique is missing the second leg hole and hitting either the gusset with my foot or putting two feet in one hole. So The Flamingo is do-able but risky especially if I’m still half asleep.

The Bridge technique is based on yoga and involves putting on my knickers whist lying down on my back. I lie down and put one leg in each hole, raise my hips into the yoga Bridge position and shimmy my pretty lingerie up! This is a good technique for cold days when I don’t want to get out of bed. But it’s awkward to do and requires a lot of jiggling but I do get a workout at the same time! It’s lower risk than The Flamingo but not very efficient.

The Sensible Lady technique for putting on underwear is when I sit on my bed, slide each foot one at a time into the correct leg hole, pull the panties to my knees then stand up and pull my underwear in place in a sensible, ladylike fashion. This technique is a low risk and efficient. But is it the fastest technique I could be using in the morning?

Silvio Sabba demonstrated his technique when he set the Guinness World Record in 2017 for putting on the most pair of underpants in 30 seconds. He pulled on 13 pairs. But how did he do this? The Sabba Technique involves laying out your underwear on a table so you’re prepared, picking up your underwear and leaping, legs first into your undies. This sounds risky and would probably require a lot of practise.

Toshiaki Kasuga broke this record in 2019 by putting on 17 pairs of undies in 30 seconds.

I don’t endorse leaping into your underwear as it sounds very risky. But it’s made me realise that analysing my technique for putting on my everyday sexy Candis cotton and lace underwear could save me valuable time in the morning!