I Can See Your Knickers! 90s Fashion is Back! 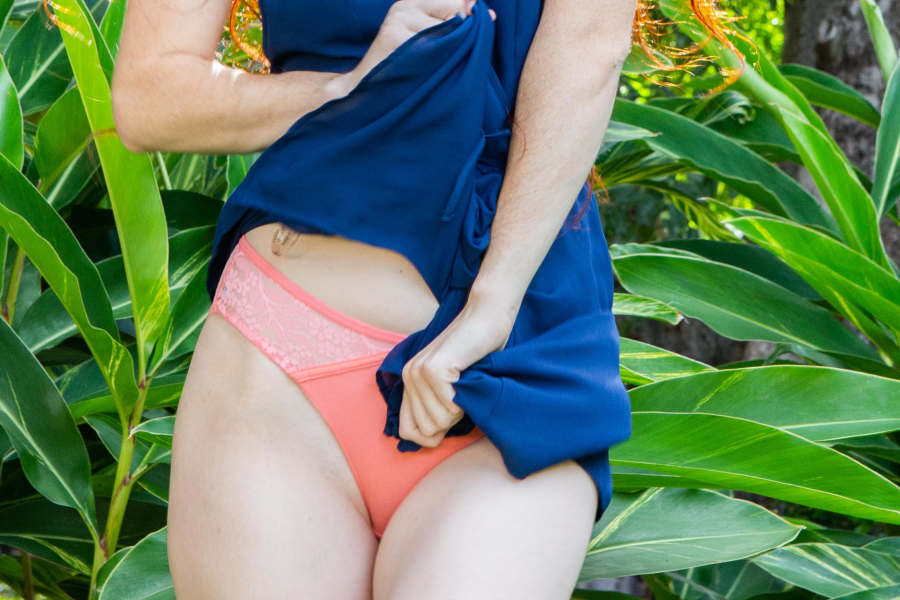 The whale tail is back! Showing off your pretty underwear by letting it peep out of your clothes was a key piece of 90s fashion. And in the last few years, it’s made a comeback. The infamous whale tail is for girls who’s ladies undies of choice are g-strings. The American Dialect Society defines a whale tail as “the the appearance of thong or g-string underwear above the waistband of pants, short, or a skirt”. The look was seen on the runways of famous designers such as Jean Paul Gaultier and Gucci. In 2006, the American Dialect Society voted the term whale tail as “the most creative” word of the year! And it’s back!

Bella Hadid and Dua Lipa are just two of the celebrities bringing back the trend for street-wear. But this 90s trend has also made a comeback in high fashion, glamorous settings. Hailey Bieber wore an Alexander Wang gown with a pink panties whale tale. And Kim Kardashian modeled a Givenchy dress exposing her red whale tail.

But if g-stings aren’t your ladies’ undies of choice, you can still join in bringing back 90s fashion if you prefer to wear classic briefs. Wearing your classic briefs pretty underwear waistband higher than your trousers was also fashionable in the 90s. This is a great way to show off your designer ladies’ undies. If you want to bring back this look then Candis lace undies are a great choice. Candis pretty lingerie Angelica in white or pink and Annabella in coral or light blue are a perfect choice if you want to bring back this trend. The pretty lace would show above your trouser waistband, adding a feminine touch.

If you prefer to wear dresses then there’s still an option for you. Sheer dresses were also popular 90s fashion. Candis lace undies Alexis in black or coral or Amity in Blue or pink would be an excellent choice for this trend. If you’re wearing pretty Candis lace undies, why not show them off!