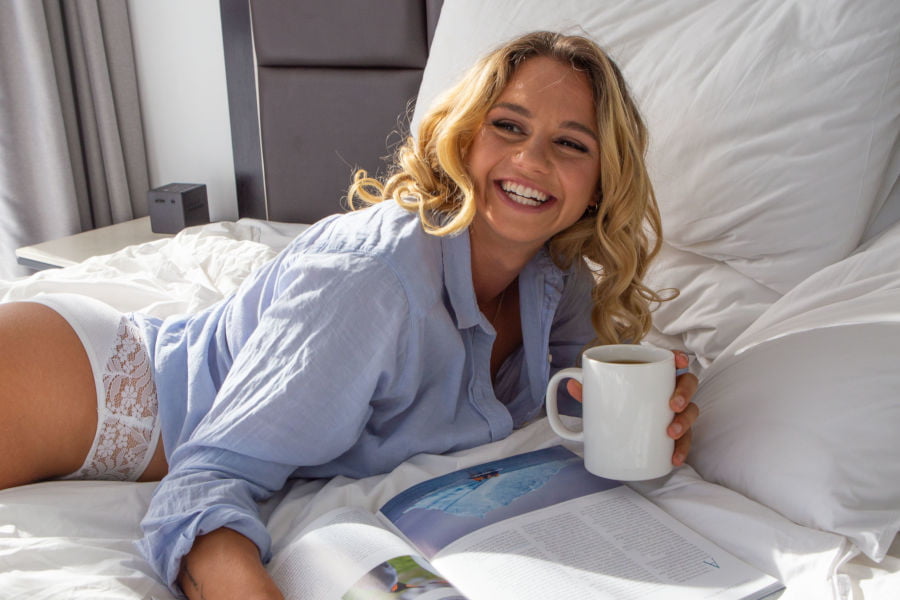 At Candis, we’re pro embracing our shape. But I’m sure most of us have a pair of tummy sucking ladies’ underwear in our draw. Because we want a flatter tummy to wear that certain dress. But a flat stomach wasn’t always the fashionable female silhouette. Giving the illusion of the fashionable silhouette has been done by women for centuries. What is considered the fashionable silhouette has changed throughout history. But one thing that hasn’t changed, is women’s ability to use shapewear to achieve these illusions. Shaping underwear is often in the background helping women achieve the latest look.

Using shaping underwear to create a small waist has come in and out of fashion since the ancient Minoans (1600 BC). Corsets were often the popular choice of shapewear to create this illusion. Corsets are a staple piece of sexy pretty lingerie in women’s draws today. But they weren’t originally created as sexy lingerie. They were originally shapewear. The modern version of a corset is a girdle or control ladies’ undies (your tummy sucking undies). Can you imagine your tummy sucking undies being considered sexy lingerie by future generations?

Emphasising the hips was originally done using women’s underwear such as petticoats, padding or hoops. Hoops were popular from around the 1500s to 1800s but were different shapes depending on fashion. Hoops, such as the crinoline, were bell shaped but the panier emphasised only the hips. Paniers could be as wide as 5 metres! In the 1950s, petticoats and hip padding made a come back but on a smaller scale.

The 2010s were a time of emphasised bootylicious bums thanks to celebrities like Kim Kardashioan. Women today can buy padded bum women’s underwear online to enhance their bum. But this wasn’t the first time women wanted to be bootylicious. Women have been padding their bums with shape wear since the 1700s. One of the most exaggerated forms of shapewear was the bustle which was popular during the 1800s.

Whether the fashion is emphasised breasts, reduced breasts or breasts of a certain shape, there’s ladies’ underwear to help. Women in the 1920s weren’t the first to bind their breasts to reduce their appearance. Women in Ancient Rome are depicted as doing the same thing. Corsets throughout the ages have been designed to either reduce or emphasise the appearance of breasts depending on the fashion. Since the 1940s, bra shapes have been used to change the shape and size of breasts. Bras like the bullet bra (think Madonna), push up bras and padded bras are all a form of shape wear.

Who knows what the prized silhouette will be next. But current information indicates we might be due for another change. WW (previously Weight Watchers) has experienced a 25% drop in share price because people aren’t dieting (YAY!). As lockdowns ease, people are prioritising socialising and aren’t so worried about what they eat. Could this be the dawn of a new era of fashionable female silhouette?