From Military Uniform to Military Style 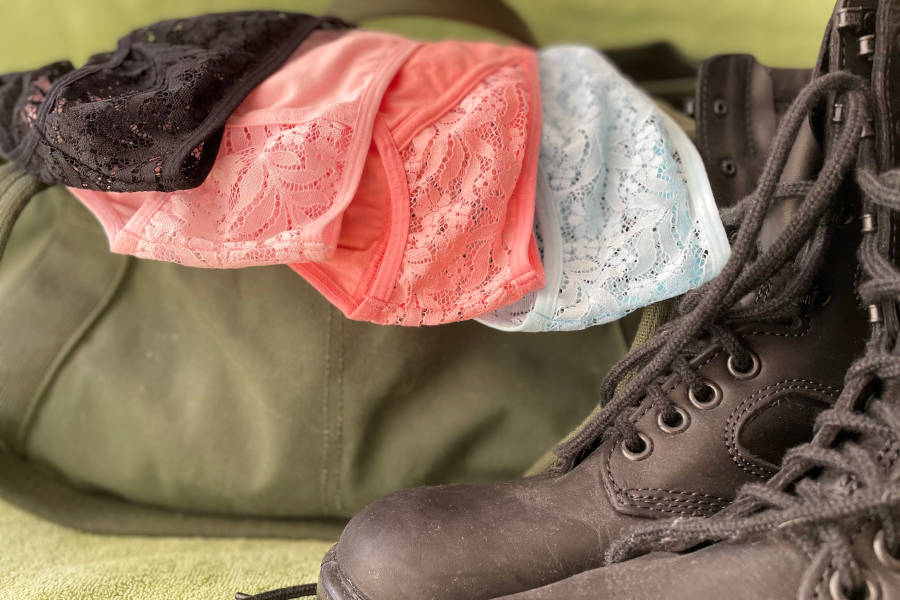 I was in the Air Force before I launched Candis pretty lingerie. When I was issued with my uniform of camouflage cargo pants and combat boots, I looked in the mirror and thought, “this looks familiar”. I was dressed just as I had in my teens but then, I wore it as military style.

Going from a military uniform to designing lace lingerie might seem like a giant leap. But the military uniform is not completely isolated from the fashion world. These uniforms are often trend setters. Military style!

From military uniform to military style

Bomber Jackets – Today, big name designers like Hugo Boss and Tom Ford design fashion bomber jackets. They’re fashion pieces for both men and women. But these jackets were originally designed to keep pilots warm during World War I. They first hit the runway as a fashion item in the 1950s and 1960s.

Cargo pants – Cargo pants are purely practical for the military. The pockets are for carrying items. But in the 1990s, these distinctive pants became fashion. The soft cotton of Candis nice panties make them perfect ladies’ underwear to wear under your cargo pants!

Combat boots – Traditionally worn by the military as sturdy shoes during war, combat boots are now a staple in many people’s wardrobes. They first entered the fashion scene in the 1980s with Doc Martin’s being some of the most famous. Combate boots are heavy so to lighten your wardrobe, pair them with a pair of Candis lace underwear.

Camouflage – Designed to hide soldiers in battle. Military camouflage is coloured and patterned based on the environment in which the solider is fighting. But this is definitely not the case for fashion! Available in a variety of bright colours, camouflage fashion definitely stands out! Camouflage officially became fashion when Vogue wrote an article on this pattern in 1971. With such a variety of colours and styles available in Candis ladies’ undies, you’ll definitely be able to match your camouflage no matter which bright colour you choose!