How many pairs of underwear should a woman own? 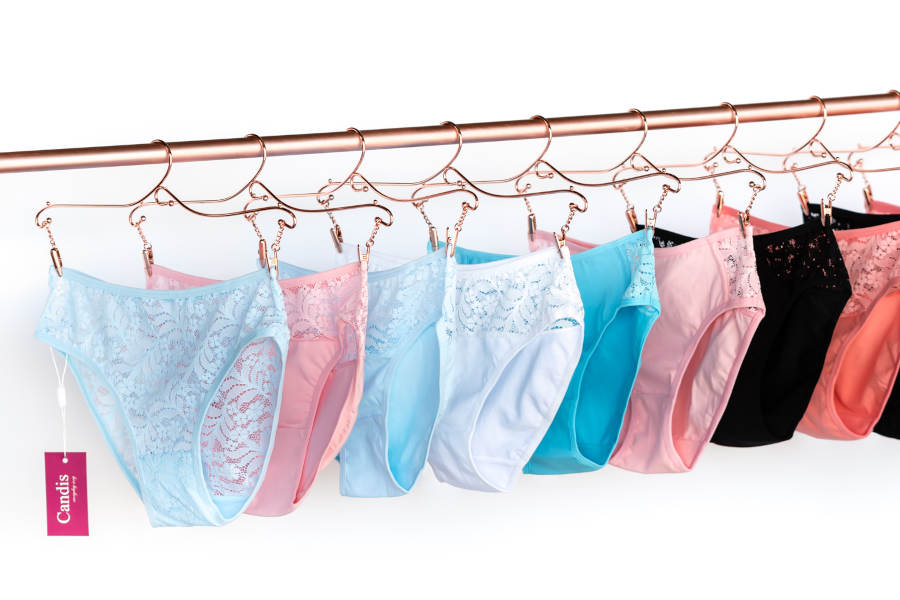 Is your underwear draw overflowing like mine? Have you ever had to re-wear a pair of underwear inside out or go commando because you ran out of clean underwear? It makes you wonder, how many pairs of underwear should a woman own?

For those of us (like me) who love pretty lingerie, the answer is that you can never own too many pairs of pretty underwear! As a minimum, three weeks’ worth of everyday cotton undies is a good starting point. That’s 21 pairs of underwear.

How many pairs of underwear do most women actually own?

I’m proud to say that I fall into the 10%. I stopped counting my undies collection when I reached 40 pairs of nice panties!

Why should I have so many pairs of underwear?

There are a number of reasons why you should own a considerable number of pairs of women’s underwear.

Underwear should be changed every day. If you wash once a week, then you’ll need at least seven pairs. But this doesn’t take into account having to change your underwear because you did exercise, because it’s a hot day and you want to freshen up or they’re simply need a change during the day. For these reasons it’s good to have spares.

If you’re going on holiday for longer than a week, you’ll want more than 7 pairs of everyday underwear. Let’s face it, it’s expensive to have your washing done at a hotel and who wants to spend their holiday washing their intimates in the sink? So it’s good to have enough pairs for a reasonable length holiday.

You may need different types or colours of underwear to wear under different outfits or different dresses. You might start your day in a dark work outfit so wear your sexy Alexis in black Candis panties. But in the evening you change into your light pink dress to go out for dinner. You don’t want to see your undies under your dress so you change into you Candis Angelica or Amity undies in pink.

Candis underwear is specifically made from cotton with soft fabric trim so it’s comfortable to wear all day everyday whether you’re going to work, running errands, working out or on holiday. The soft stretch lace detail in Candis underwear means that you’re everyday underwear is comfortable and pretty. Because you shouldn’t have to sacrifice beauty for comfort when it comes to your underwear!

So, how many pairs of underwear should a woman own? My answer is, you can never own enough!