Underwear Fun Facts – How Many Pairs of Undies do you Own? 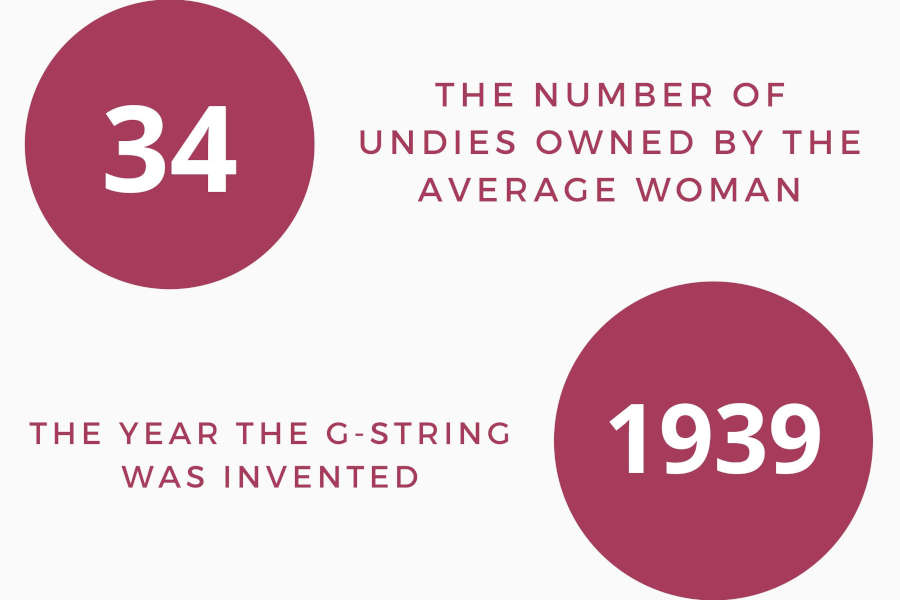 Underwear has been around for hundreds of years. There are so many types of pretty lingerie that fills our draw – undies, bras, camisoles, petticoats, lace, cotton just to name a few. We wear women’s underwear every day! So here are some fun facts about underwear.

These fun facts about underwear give you something to think about next time you reach for today’s pair of undies!