You Don’t Need an Excuse to Wear Pretty Lingerie! 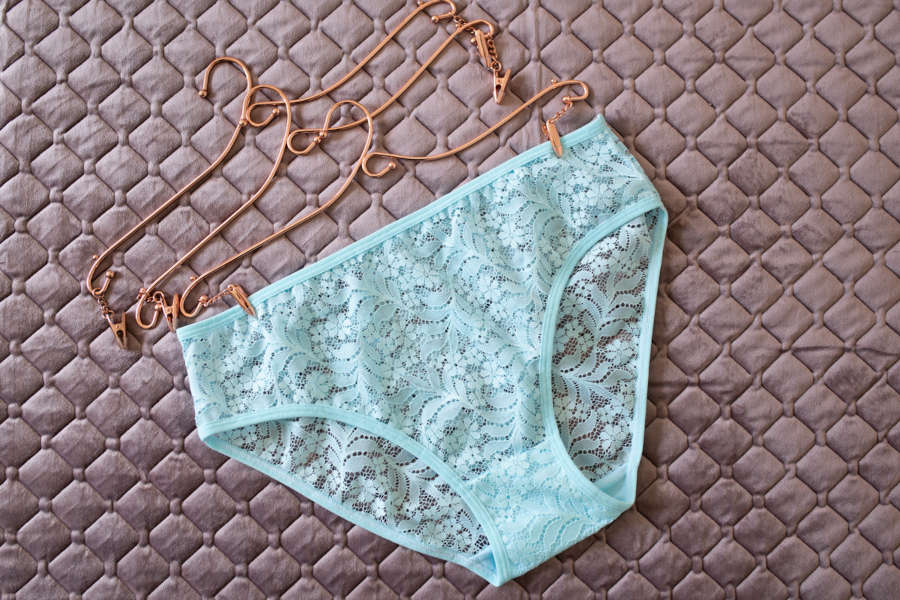 While shopping, a friend once said to me, “what’s the point in wearing pretty underwear if no one’s going to see it?”. I responded, “Someone will see it – me!”. You don’t need an excuse to wear pretty lingerie. Wear it because you want to! Someone will see your undies today – you! And that’s reason enough to wear pretty underwear and feel everyday sexy!

Underwear has been decorated with lace for over a hundred years. But somehow it changed from being everyday underwear to sexy lace lingerie only to be worn if someone else was going to see it.

Why did pretty lingerie become distinct from everyday undies?

During the 1800s men started to gift women everyday corsets. The corsets were made using whalebone, wood or steel which was carved with pictures or love poems. This made the underwear more special that it had been in the past. During the 1900s, underwear changed from being a utilitarian piece of everyday clothing to being considered sexy.

In the 1950s, lingerie advertisers often used pinups to advertise underwear. Pinups, by their nature, are sexy and such, these posters suggested the purpose of the underwear was to be seen, not hidden under clothes. Then along came La Perla in 1954. La Perla packaged lace briefs in velvet boxes, creating a sense of extraordinary lingerie that should be treated like a fine piece of jewellery.

When did everyday underwear become plain and boring?

In the 1960s. Everyday underwear became practical and plain to be easier to wear under tights which were invented to go under miniskirts. Sales of pretty lingerie declined. To counteract this, designers created fantasy lingerie that was designed to be worn in the bedroom.

I want to feel everyday sexy every day!

Candis Creations firmly believes that we should wear pretty lingerie simply because we like it, we want to, and because it makes us feel good! That’s why Candis undies are designed to be pretty but also comfortable enough to wear every day. Candis underwear is designed by a woman, for women! Not only to be worn when someone else will see it.

We shouldn’t have to choose between feeling pretty and sexy and being practical. But it’s difficult to find undies that are both pretty and comfortable. This was my dilemma. So, I founded Candis Creations. Candis pretty undies are designed to be both comfortable and sexy. In Candis undies, we can feel everyday sexy every day!

Someone will see your underwear today – you! You don’t need an excuse to wear pretty lingerie. So put on your Candis undies and feel everyday sexy just because you want to!