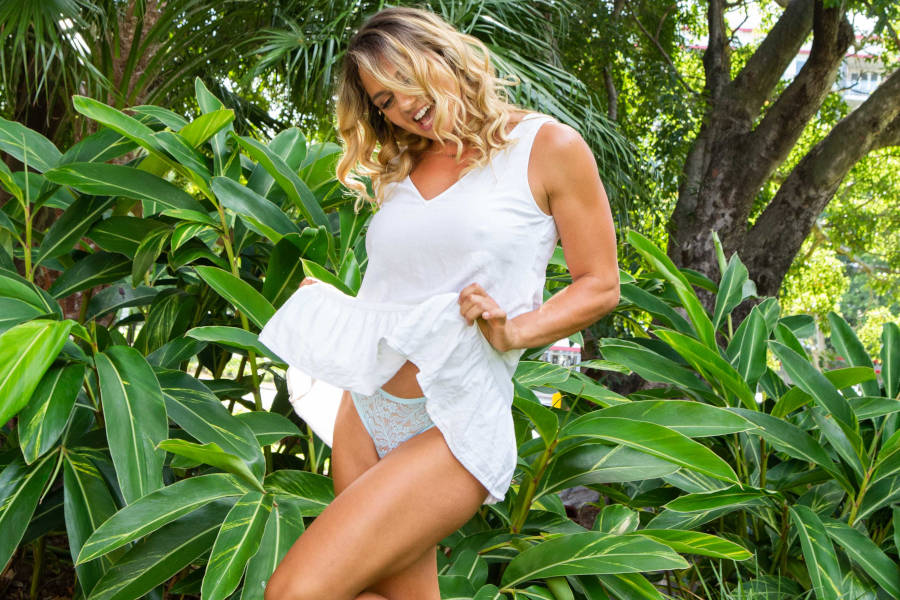 I love pretty lingerie so much that I quit my full-time job to start my own brand designing women’s lace underwear! I own a lot of pretty underwear! Definitely more nice panties than the average woman (34) but do I own enough pairs of ladies’ underwear to break a world record? This is the third in the series of underwear fun facts. This week’s story focuses on underwear World Records!

We don’t often see other people in their nice panties unless they’re a family member or a housemate who’s running down the hall in their undies. But imagine seeing 2,270 people (and mostly strangers) in their undies. This is the sight you’d have seen if you’d witnessed the 2011 Utah Undie Run in Salt Lake City!

Underwear Fun Facts – Most Underpants Worn at Once

So, do I own enough ladies’ undies to be able to beat the world record of the Most Underpants Worn at Once? Steve Jacobs owned enough pairs of undies to set the world record in 2012. He wore 266 pairs of undies in Sydney, Australia. You know, I think I could be in with a chance of beating this one! I’ll just have to learn how to put all my pretty underwear on at once! Perhaps this is a challenge I should accept!

Underwear Fun Fact – Most People in One Pair of Underpants

I personally prefer to be the only person wearing my pair of nice panties but some people are happy to share! 314 people managed to squeeze into one pair of undies in 2014 in Coventry, UK. The challenge was an event to launch a charity event at the University of Warwick.